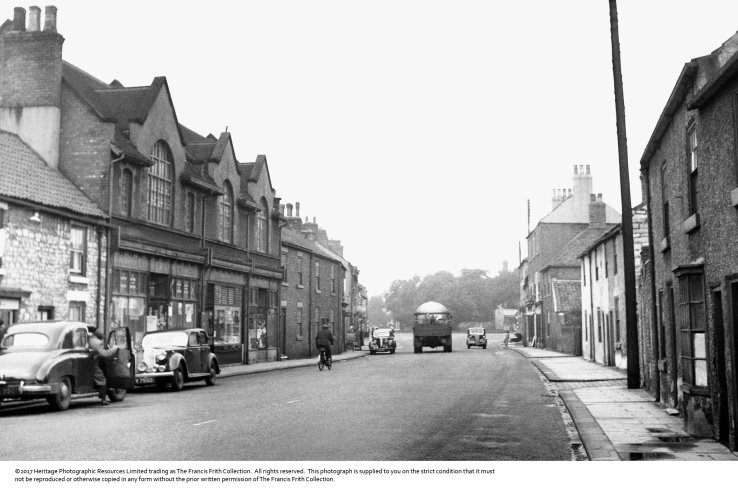 Robinson Hornsby Estate Agents have been selling homes in Doncaster for over 25 years, and cover the length and breadth of the town. From Askern in the north, Hatfield to the east, Tickhill to the south and Conisborough to the west, we have the whole area covered.

TICKHILL
To many of the local residents, Tickhill would be described as a village, but officially its status is that of a town. Offering a wide variety of independent shops, bars and restaurants, as well as two highly rated junior schools, Tickhill really does have it all.
Located around 10 miles to the south of central Doncaster, easy access is gained to the local motorway network, as well as the wider North Notts / South Yorkshire area.

AUCKLEY / BRANTON / FINNINGLEY
With the highly regarded 'Hayfield' school on the doorstep, the areas of Branton and Auckley have a high demand, and a strong housing supply. With properties ranging from smaller 2 bed homes right up to the 'top end' executive market, there's certainly something for everyone. The area has benefitted from significant numbers of new build homes over recent years.
Doncaster 'robin Hood' airport is close by, and communication links are excellent.

BESSACARR / CANTLEY / LAKESIDE
A highly regarded suburb of Doncaster, with many of Doncasters finest homes available in this area. Close to the town centre and well as the increasingly popular 'Lakeside' development, with cinema, shops and restaurants, as well as link road to the M18. The highly popular Doncaster Wildlife Park is based in Bessacarr. The area has improved its infrastructure greatly over recent years, in terms of roads ad facilities.

ARMTHORPE / KIRK SANDAL / BARNBY DUN
Located to the north / north east of central Doncaster, these areas each have their own identity, with local shops and schools allowing you to be 'self sufficient' without having to travel far. As with most of Doncaster, motorway access is straightforward, as is the town centre. Housing stock is predominantly in the 'mid range' (£150,000 - £300,000) and offers a good standard of relatively affordable homes.

ROSSINGTON
An area in its own right, Rossington is a large, densely populated suburb of Doncaster, split into two distinct areas. 'New Rossington' generally has ex local authority and terraced housing, attracting first time buyers and landlords, it also has its own shopping areas and local market. Rossington itself has more new build and homes from the 70's / 80's. Positioned close to Bawtry and Tickhill, which both offer plenty of shops and restaurants.

"It had been many years since my last move so I entered the property market with apprehension. However, after signing up with Robinson Hornsby, I quickly realised I was in safe hands. From the very first valuation I found all the team to be knowledgeable, professional and friendly.All the way through to completion they were always accessible and aided with everything I needed. A special mention to Zoe who for the most part, handled my move.Her help & support were invaluable and her customer service exceeded expectations. A true credit to the team. RH gave me a ten out of ten,five-star service and I highly recommend. Would not look anywhere else when moving again."

"We sold our house recently through Robinson Hornsby and they were fantastic in every aspect of the sale. We only have positive things to say about this company, they go above and beyond to make sure everything goes smoothly and we will use them for any future sales."

"What a straightforward process! I remember what a nightmare moving house was when I was a kid, and I was dreading the day I’d have to do it as an adult. Robinson Hornsby did the impossible and actually made the whole experience a delight, they were fabulous! Will be recommending them to all my friends."

"Needed to sell my house quick and Robinson Hornsby did just that. I’m quite a big fan of reading reviews and that’s all I did when searching for the right estate agents. RH seemed to be the best and they were. Did everything that was required and were super friendly. Would recommend."