Takeaways and Netflix Are to Blame 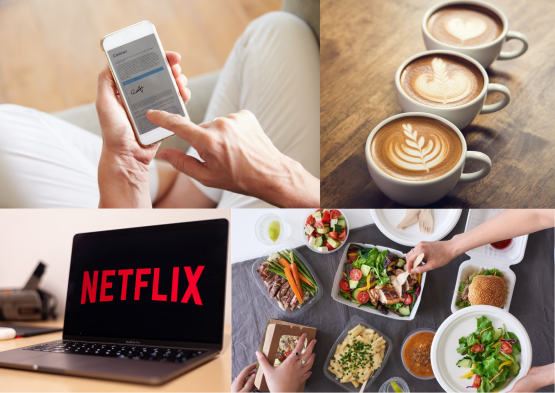 New research conducted by the Policy Institute of Gerontology at King’s College London has revealed around half of the UK public believes that young people cannot afford to start their journey on the property ladder because too much of their money is spent on takeaways, mobile photos, subscription services such as Netflix and holidays.

Looking at the results of the survey, it was found that 48% of millennials (those born between 1981 and 1996) agree that spending money on these things is the main reason behind not being able to get themselves on the property ladder. IT appears that 33% of respondents disagree with this being the reason why.

It’s said that economic factors (over 2200 respondents) were also another reason as to why young adults aren’t able to purchase their first home and get on the property ladder.

The study also revealed that three in four (76%) of young adults cannot afford to get on the property ladder as a direct result of increasing house prices, stricter lending rules and low wage growth.

One recent report has shown that the first-time buyer house price-to-earnings ratio has in fact almost doubled since the 90’s. Not only this, but the average first-time buyer deposit has tripled from 5% in 1989, to 15% in 2019.

Professor Bobby Duffy, director of the Policy Institute at King’s College London, said: “The suggestion that the huge challenges young people face in buying their own home can be solved by skipping fancy coffees and Netflix entirely misses the point – but it’s still believed by half the public. That so many think it’s the case will be partly because it’s so often repeated by commentators.

“But it also reflects our general tendency to think bad of today’s young people.”

Professor Duffy said people always think the current youth are the worst ever, adding: “We also tend to think of young people as lazy, with half of people again saying they are less motivated at work than older people.

“But we think better of young people from our own youth: only 29% think young people were less motivated than older workers when we ourselves were young.

“Part of the reason for our clichéd view of young people will be that we now live much more separately than in the past, with young people more concentrated in cities and older people in smaller towns and villages. Most of the public correctly identify that this is the reality now – but 56% of us also think this has always been the case, when it’s actually a relatively recent trend, starting in the 1990s.”