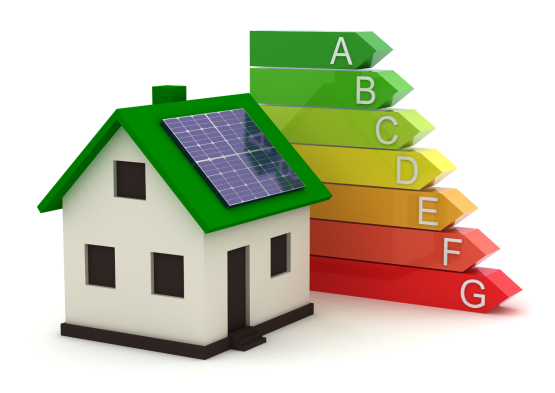 A report published by a recognised property portal last week has discovered that buyers are trying to negotiate the asking price of properties to factor in any green improvements that may need to be made within the next 10 years.

We have previously mentioned in a previous article that the government are aiming to reach Net Zero by 2050. There are arguments to say that there is a lack of understanding about what improvements to make.

According to the report, four in ten home-owners (41%) have made changes to improve the energy efficiency in their homes. The biggest reason behind the 59% not making improvements is because they don’t feel like they need to make improvements, or that it would be too expensive to make the improvements needed.

As expected, the biggest motivation behind home-owners wanting to make these changes is to save money by reducing their energy bills.

Sellers who have made changes which have found to improve the EPC rating of their home are receiving 16% extra on average when selling their home.

The study in question analysed over 200,000 homes that were listed on Rightmove which has sold

Homes where the EPC rating had improved from F to a C added on average an extra 16% to the price achieved of their home.

Search results from the keyword sort tool on property portals is indicating that potential buyers are more aware of green features. Keywords such as solar panels and heat pumps are being more frequently searched.

Estate agents are beginning to recognise that green features are important. There are now 73% more green terms being used by agents as selling points within their property descriptions compared to the start of 2020. These keywords include ‘sustainable’ and low carbon’.

Over the last few months, evidence has shown that better rated home often sells quicker than lower rated properties. EPC B-rated homes were the fastest type of home to sell (average of 30 days).

In the UK the average EPC rating among homes is currently a D. From this, we can assume that properties with the lower EPC ratings (E to a G), are most likely going to see potential buyers negotiating discounts.

“The immediate challenge is the sheer number of properties that are currently below an EPC rating of C and the costs involved to fix this.

“There has been much debate about what could happen in the future to homes with poor energy efficiency, and the government has said they will make sure these homes can still get mortgages.

“But I don’t think it would be a surprise if in ten years’ time we see that people taking out mortgages or mortgaging a home with the lowest EPC ratings find that they miss out on the best mortgage rates.”

Together with home buyers, landlords and those renting could see changes as a result of EPC ratings.

Renters are finding that their energy bills are skyrocketing due to low EPC ratings within the UK.

Jamie Lafferty, 39, has decided to terminate his rental contract on his one-bedroom apartment in Glasgow because his monthly energy bill doubled from £110 to £230 when the energy crisis began. The property he occupies has an Energy Performance Certificate rating of G which is the lowest possible rating.

Lafferty commented: “It has gone from being inconvenient to uninhabitable,”

The property is a protected building which means that it is not feasible to put in double glazing. Also, there is no central heating within the property. My Lafferty has had to make major cutbacks in order to decrease his energy bills.

“My work has taken me to Antarctica six times, so I have a lot of thermal gear. I told myself that I wouldn’t turn the heating on between April and October,”

Landlords are being warned by experts that they need to make energy upgrades to their properties otherwise they could see another month or two of voids combined with rent discounts.