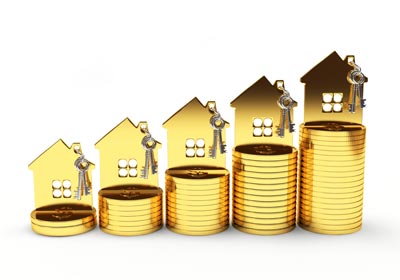 The latest Halifax House Price Index shows average prices last month were up 5.9% on a monthly basis to £236,800.

Russell Galley, managing director at Halifax, said: “House prices have grown on an annual, quarterly and monthly basis for the first time since October 2018, taking the average house price to £236,800.

“The shortage of houses for sale will certainly be playing a role in supporting prices.

“Annual house price growth at 2.8% is within our expectations, but is fairly subdued compared to 2015 and 2016 when the average growth rate was 8.3%.

“People are still facing challenges in raising a deposit which means we continue to expect subdued price growth for the time being.

“However, the number of sales in January was right on the five-year average and, at more than 100,000 for the fifth consecutive month, the overall resilience of the market is still evident.”

Lucy Pendleton, director of estate agents James Pendleton, warned against getting too excited by the increase.

She said: “This market is rattling around like a ricocheting bullet. It’s an incredibly unusual shift, even for monthly prices which are known to be more volatile.

“At first glance this monthly surge could be a bout of pre-Brexit confidence but nothing has changed. We have as much certainty over Britain’s exit from the EU as we did a year ago.

“The more likely answer is that in key areas low supply is squeezing those buyers who have a need, rather than just a desire, to move and just can’t put it off any longer.