Demand For First Time Buyer Properties on The Rise 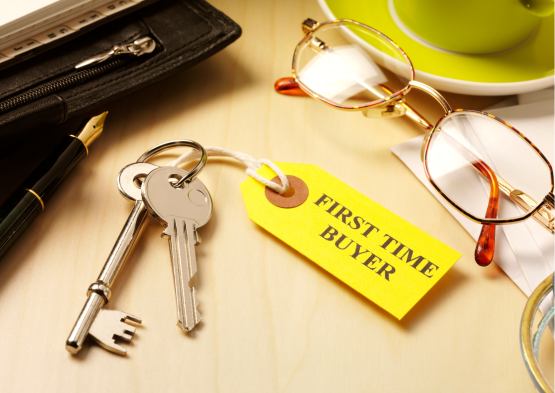 Many first-time buyers are determined to start their journey on the property ladder despite affordability constraints. The demand for first-time buyer properties has increased by 35% compared to the ‘normal’ property market in 2019.

Rent prices are also climbing at sky-high rates. Since the beginning of the Coronavirus pandemic, rents have increased by 17%, or £128 per month. In fact, this is the fastest rate that has ever been recorded.

Alongside these ever-increasing prices, national average earnings have risen by 14% over the same period.

Average prices for first-time buyer properties have hit a new record also with the figure now standing at £224,943. As a result of this, 10% deposits have increased to an average number of £22,493, which is £2,560 higher than two years ago.

David Hollingworth from an online mortgage broker has stated that future homeowners saving for their first deposit are most likely to use the ‘Bank of Mum and Dad’.

Those that have been able to save that 10% deposit and secure a mortgage are now facing average monthly mortgage repayments that are 22% higher. This is due to increases in house prices and interest rates.

Chris Sykes, technical director at a mortgage specialist has suggested that the lack of housing supply is the reason behind the increasing prices as well as the ‘reluctance amongst second steppers to move further up the housing ladder’.

Furthermore, rising house prices and soaring energy bills are the biggest challenges that buyers are dealing with whilst buying their first home.

The government have begun to tackle the issue around lack of energy efficiency in homes. Net Zero sets out policies and proposals to decarbonise all sectors of the UK economy, including homes. The aim is to have met the Net Zero target by 2050.

Although many current and future homeowners are becoming more conscious of their energy efficiency rating as a result of Net Zero, there are still some that can’t afford to make the improvements.

According to a separate study conducted by the Mortgage Advice Bureau, 21% of respondents said they cannot afford to make home improvements and 28% said they will compromise on which improvements they make and focus on smaller jobs until they can afford more expensive ones.

Tim Bannister, the data expert for the well-known property portal, said: “Our affordability analysis highlights the many challenges first-time buyers are trying to navigate right now. For would-be first-time buyers who are trying to save up a deposit, they are chasing a fast-moving target as average asking prices for first-time buyer homes hit another new record, and rise more quickly than they did before the pandemic. For those that aren’t able to live with parents or family members while saving, they also have to manage paying record rents both inside and outside of London.

“We understand how difficult this challenge can be, and something we’ve seen more of over the last couple of years, particularly with working from home becoming more common, is people looking further away or at a greater number of different areas when looking to move, to see what is available within their budget.

“Those that have been able to save up a deposit are now facing rising interest rates when considering what they can afford to repay each month. Given the economic uncertainty at the moment, first-time buyers may seek some financial certainty by locking in a longer fixed-rate mortgage term now, before interest rates rise again.”